Shenzhen, May 24, 2018 - The British Virgin Islands (BVI) is the most successful offshore jurisdiction and a key player globally, according to Martin Crawford, CEO of Vistra, a financial services provider with offices in 46 countries.  Crawford was speaking on the topic “Offshore Solutions for Wealthy Families” at the China Offshore Summit, held May 22-24 in Shenzhen, China.

Crawford’s conclusion came from an industry survey report, Vistra 2020, which assesses trends in the offshore industry.   According to the report, the BVI remained the leading offshore jurisdiction in the global financial services industry. 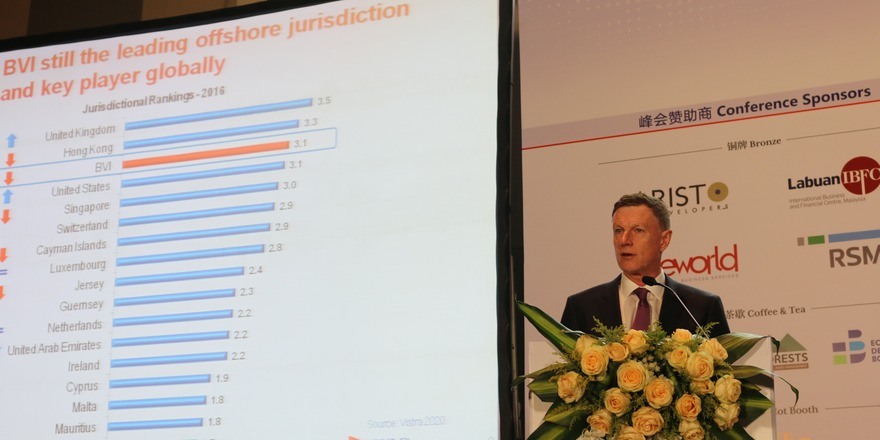 Crawford said that the BVI’s global success can largely be attributed to the symbiotic relationship that it has had with China for the last 30 years.  He also pointed out that 35 percent of all active BVI Business Companies have ultimate beneficial owners in China (including Hong Kong and Macao).  During the last 30 years, he said China’s economy has opened up to become the second largest economy in the world and there has been a significant increase in the number of high-net-worth individuals and wealthy families as a result.

Crawford said that in spite of some of the current issues, globalization continues to increase and needs solutions that offshore structures provide to manage the inherent risks.   He said, “Global trade, cross border investment and prosperity are driving offshore usage.” 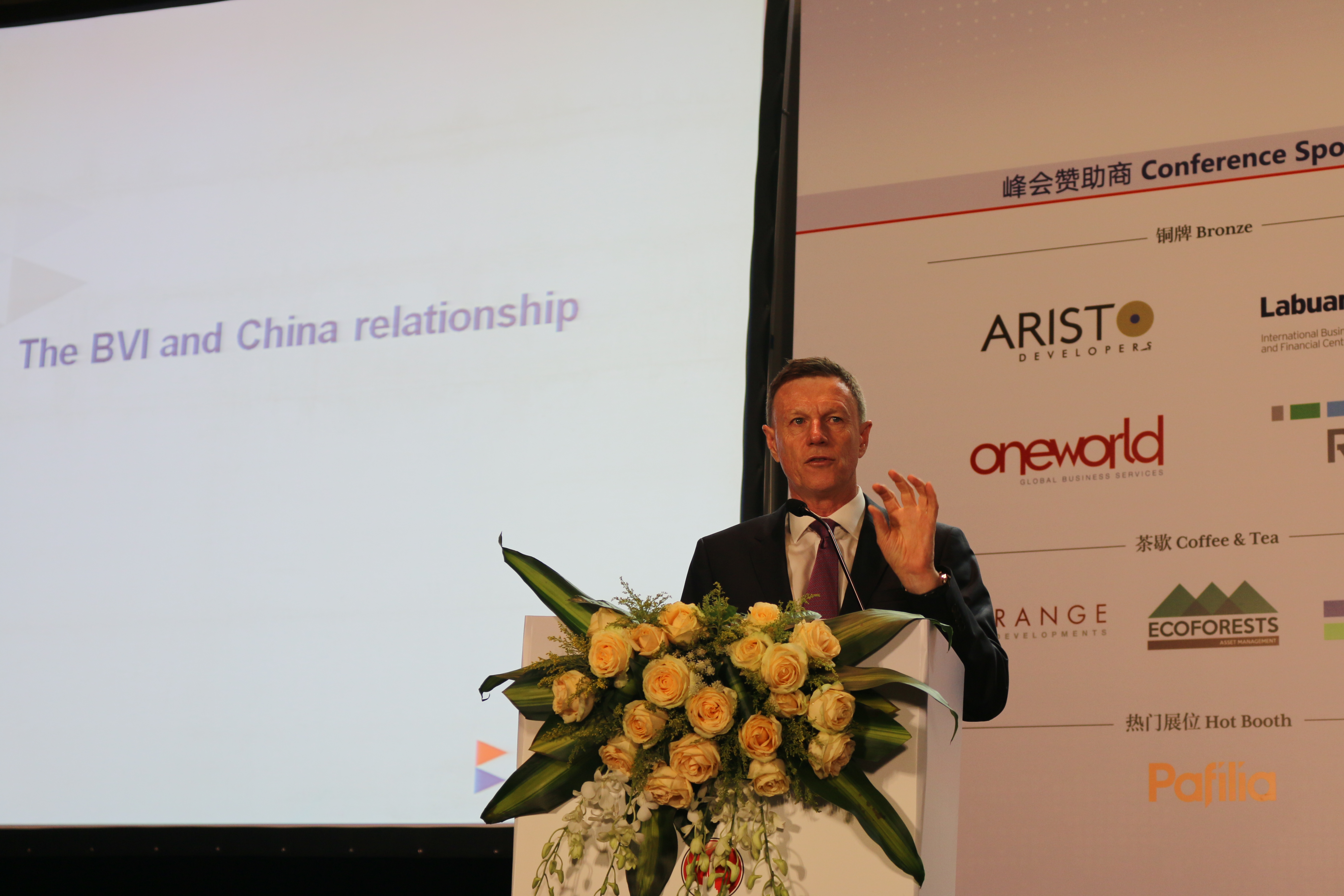 Showing the primary purposes for which BVI Business Companies were used globally, and particularly in China, he said that 37 percent were for family, trust and succession planning; 25 percent for corporate group structuring; 21 percent for fund and investment business, joint ventures, listings and vessel or aircraft registration; and 18 percent for real estate holding.

“The figures show that private wealth structuring and asset protection were the main reasons for Chinese using offshore structures, such as those provided by the BVI,” said Crawford.   He continued, “There is a clear misperception that offshore jurisdictions are simply used for tax planning.”  Tax planning, a legitimate business practice, accounted for a minor use of offshore, he added.

Crawford said that if you live in China, Hong Kong or Singapore, you will notice a lot of advertisements for real estate and properties being sold in London.  Chinese, he said, are making large investments in the real estate market in London and the majority of those properties are being held in BVI companies.  A conference survey also showed that the most important consideration for clients when it comes to pre-immigration planning were the amount of investments required and the access to healthcare, education and other amenities.

Chinese find the BVI attractive not only because it provides structures for private wealth planning and asset protection, such as its companies and trusts, but also because of the accessibility of BVI professionals in the Chinese market.

“If you want to be a successful jurisdiction in China, you have to have people onshore in China as Chinese investors seek help close to home,” said Crawford.  This was a critical success factor for the BVI, he said, emphasizing that “In Hong Kong alone, there were 240 BVI qualified lawyers.  This is where the Chinese go.”

According to Crawford, the BVI’s competitive advantage was also in its scalability and ability to offer simple structures for investment holding, as well as more sophisticated ones for listing and merger and acquisitions.

The summit was attended by more than 350 senior business leaders from the Guangdong area of China.